The relationship between induced magnetic flux density (B) and magnetizing force (H) helps us to understand  B-H curve Hysteresis loop in transformers . In simple words, this relation determines the behavior of ferromagnetic materials (used in transformers core) when magnetic field passes through them.

Basically, magnetizing force “H” is the magnetic field which magnetizes a material whereas the value of magnetic flux density (B) represents how much the material is magnetized. The area of B-H curve is actually the energy loss occur in the core of transformers. 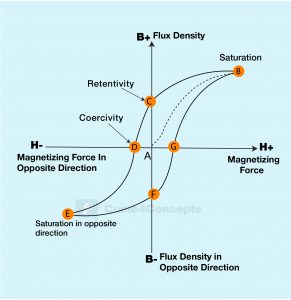 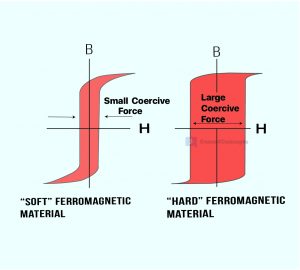